5 Things I Learned At Shaky Boots

After three weeks driving around the South, the Trippers finally arrived in Nashville where I promptly abandoned them to head to Atlanta – well, technically Kennesaw – Georgia, to check out the inaugural Shaky Boots Festival, a celebration of all things country music. Here are five important lessons I learned over the two days… 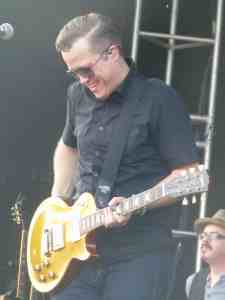 really like country music as much as I thought. Or perhaps I just like the old stuff better than the new stuff. Not that there wasn’t plenty to get into, but it was hard to be torn away from the smaller Ponce de Leon stage, which showcased a lot of bands that could easily find their way onto the bill of a rock festival, too: Old Crow Medicine Show, who did, in fact, play the weekend before at Boots’ rock sibling, Shaky Knees; Jason Isbell and the 400 Unit; Cadillac 3, Nashville rockers who belted out a cracking set despite the heavens opening; and The Whiskey Gentry. In comparison, watching the mainstream country acts left me feeling a little dead inside (it shouldn’t be that surprising since that goes for just about every music genre). Apart from Dierks Bentley, who, if you haven’t been playing along, sings The Big Tripper theme song, ‘Drunk On A Plane’.

2. If you’re a country band you must dedicate at least one song in your set to the men and women defending your country. Not that there’s anything wrong with that. When the crowd starts chanting ‘USA! USA! USA!’ as well, though, it all starts to get a little weird. I love you guys, but sometimes you freak me out.

3. Apparently, it is illegal to apply sunscreen in the state of Georgia. I only say this because every single person was burnt to the shade of cooked lobster. If you’re not going to slop some on at least wear a hat 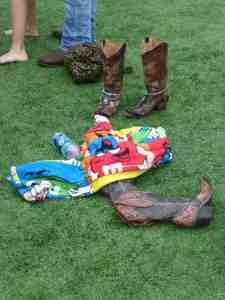 and a shirt that covers your lily-white shoulders. That’s, like, Music Festival 101.

4. Sports grounds are awesome sites for fests. Shaky Boots uses the Kennesaw State University facilities. The football field houses the main stage, which is pretty much the only spot with actual grass. The other stages and food truck area were on baseball diamonds, a rugby field and other places they play sports ball, all covered in astroturf. It bucketed down; there was no mud. Plus, there were real toilets. Total win!

5. There is a beer available in the US called Desperados. It’s lager that’s been aged in a tequila barrel. If it hadn’t been quite so hot I might have tried it. My decision to abstain was probably the right one considering how loose (ie extremely) the crowd was by sundown.

All in all, Shaky Boots, you were a dead-set winner. Thanks for a great weekend. 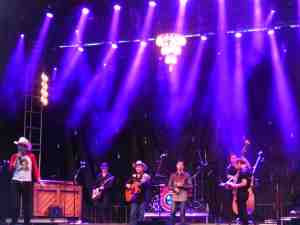 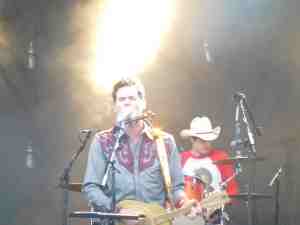 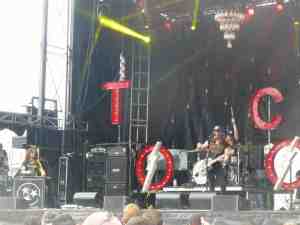 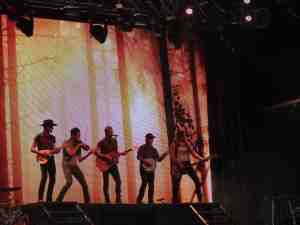